The price of Bitcoin rocketed past $47,000 early Monday morning amid reports that Russia is considering accepting Bitcoin for energy sales as the Russian economy continues to get cut off from the global financial system.

The head of Russia’s State on energy, Pavel Zavalny, said Russia will accept Bitcoin for its oil and gas exports to “friendly” countries, such as China or Turkey.

This is probably the biggest news in the petroleum markets in the last 50 years.

Since the 1970s, the US dollar has been regulated for use in international oil surplus trades  - affectionally known as the Petrodollar. This is the first major change to this convention in the last 50 years.

The annual global petrodollar supply is more than $2.5 trillion (assuming an average price of $100 per barrel) and if Russia accepts Bitcoin for its oil and gas sales the sheer volume in trade could have a significant impact on the price of Bitcoin.

Already news of this is having a significant impact on the price of Bitcoin.

As a consequence, today almost all the top 100 cryptocurrencies by market cap (except stable coins) are in the green! We haven't seen the cryptocurrency markets in green like this for quite a while.

Bitcoin is on track to see its highest weekly close of 2022!

It's likely this trend will continue.

There is even more bullish news to report.

It's Official - Goldman Sachs is onboard

If you are not familiar, Goldman Sachs is one of the largest international investment banks in the world (headquartered in New York City) and on the front page of their international website, for everyone to read, they are focused on cryptocurrencies and the metaverse.

If that is not enough to convince you...

JP Morgan has opened its "virtual doors" and is now the first bank to open in the metaverse. Now you can shop with crypto and NFTs at JP Morgan.

As we see more traditional banks and institutional investors publically jump into both the cryptocurrency and metaverse space, the impact they will have within the cryptocurrency market will be massive, hopefully helping to contribute to making 2022 a stellar year!

Last week we announced our Altcoin Pick of the month and this privacy coin has almost doubled in the last month. It's ranked within the top 100 and a great long-term hold for anyone looking to add a top privacy coin to their portfolio.

Starting in April, we will be releasing two Altcoin picks per month. Now is a great time to get into the cryptocurrency market (if you aren't already).

If you don't want to miss out on our next pick, make sure to signup here.

This is a great start to the week. 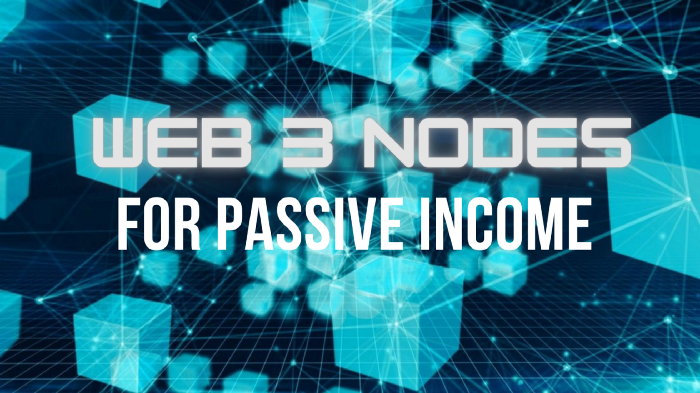 Web 3.0 is still in its early stages and we are already seeing Web 3.0 nodes generate many thousands of dollars per month in passive income for their owners. 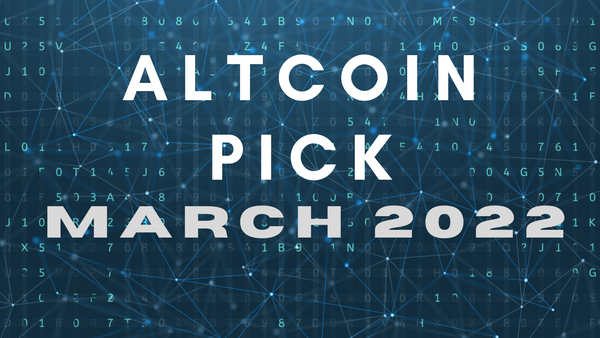 The Altcoin pick for March 2022 is this privacy coin.