Play-to-Earn gaming (P2E) has become very popular over the last few years and during this time the market has seen a surge in P2E games. With many new P2E games being released, it’s becoming difficult to spot “the next big game”.

There is one Play-to-Earn game in development that has taken a very novel approach to their gaming and this game makes its public debut on January 15th, 2022. This project is ramping up to be something not to miss and it is called BFK Warzone.

What is BFK Warzone?

BFK Warzone is a fast-paced Play-to-Earn 2D shooter game and ecosystem based on the Binance Smart Chain. It is a rebranded gaming project (formerly “Baby Fort Knox”) and offers players a variety of gaming soldiers (Special Forces, Navy Seals, Paratroopers, Snipers, etc) they call “Fortis” with a multitude of NFT weapons and armaments for use in battle.

What makes BFK Warzone different from many of the play-to-earn games is its low barrier to entry. BFK is one of the few “true play-to-earn” games where players can start playing without having to first invest in a character.

New players can get started with a legacy character (named “C. Draxis”) which comes with a choice of two automatic weapons options and through gameplay, the player has the ability to build the character’s skill and rank.

These characters with upgraded skill and rank can then be sold on the BFK marketplace and the proceeds can be used to upgrade to another Forti or enhance your armory.

The link for gameplay can be found on the BFK website and after connecting a metamask wallet, the player can either choose a default legacy character or purchase one within the NFT marketplace. There are various Forti soldiers available for purchase which include Navy Seals, Paratroopers, Snipers, Medics, Machine Gunners and Special Forces. Each Forti comes with its own unique characteristics and strengths. If the default weapons offered aren’t to your liking or aren't enough firepower, there are additional weapon offerings that can also be purchased through the marketplace.

The gameplay requires at least 2 players per match and offers 1v1, 2v2, 3v3, and 5v5 player modes. At the moment single-player gaming is not available.

The gameplay is very straightforward. The left-right arrow keys move the Forti, the mouse is used to aim the weapon and the left mouse button is used to fire the weapon. The spacebar is used to Jump and grenades can be launched by pressing the “q” key. There is also the option for the soldier to crouch, using the left “Ctrl” key.

At the present time, only a web version of the game is available. However, according to the roadmap, future development plans include both iOS and Android versions of the game.

The gameplay is intuitive, fast action, and highly addictive.

The best part is, this is play-to-earn, so the more you play and level up your Forti, the stronger and more valuable it becomes. Your Forti character can then be sold on the BFK marketplace at a price commensurate with its experience.

For many players, an important element to any Play-to-Earn game is the “earning” component. There are many ways to earn with BFK and it’s one of the few games where players can get started right away without having to “buy in” with a character first.

There are three types of gameplay (Ranked, Team & Events) where players can earn a share of the pool as the reward, calculated and distributed by the number of players on the winning team. Another method is to level up your Forti with experience and then sell it on the marketplace. There are also various NFT cards within the Amory which can be bought, sold and traded.

For ranked games, three stake levels are offered (small, medium and large) and the system automatically matches players for battle and the winner of the battle earns the pool.

Between 2–5 players are defined as a team. Teams are matched by the system and the team that wins earns the pool. Also, experience and skills points are earned by the Forti who participate in coop mode.

This is a feature that is anticipated to be released in early February where teams will be able to fight the “Etherium alien” in a huge battle. The Alien will hold rare equipment, token winnings and prizes offered by the BFK pool (such as infinity Knox cards). According to the information made available, some events will require a reserve payment while the majority will be free to join.

There is also the option to purchase the various weapons which are available on the NFT marketplace and then resell later at a higher price.

Players also have the option of buying into various “Infinity Knox cards” which grants the player a permanent global boost on armory. These cards can be also bought, held and sold and are available on the BFK marketplace.

The team at BFK is also merging physical toys with their NFT characters, something which I haven’t seen before. These toys will be mailed out as a companion to rare NFTs and also come with an activation code for a surprise gift.

Limited edition BFK toy soldiers will be offered to those who purchase a rare NFT and these physical toys come with an activation code for a special weapon or skin for the NFT playable character.

No review of a project is complete without mentioning tokenomics. The tokenomics of this project are very fair and upon relaunch, BFK simplified to a straightforward 5% tax on all buys and sells. Also, there is no tax imposed for wallet-to-wallet transactions.

The 5% tax is applied as follows:

According to the project's roadmap, the team plans to enhance cross-chain accessibility (including Solana & Cro), launch a mobile version of the game on both iOS and Android, submit for exchange listing, and enhance overall gameplay with airdrops, additional maps, improved ranking system, increased selection of weapons, skins and Fortis soldiers.

If you are looking to get in early on a new project with a lot of potential, check out BFK Warzone. This project is still very young and only ranked #5862 with a market cap of ~$2.6 million. It is yet to be listed on any exchanges (only available on PancakeSwap) but according to the roadmap, exchange listing will be happening in the near future.

BFK Warzone has a dedicated team and a strong community with a solid history of development. If you are interested in this project, certainly check out their Telegram, the BFK Warzone website and why not have some fun and play a few battles. 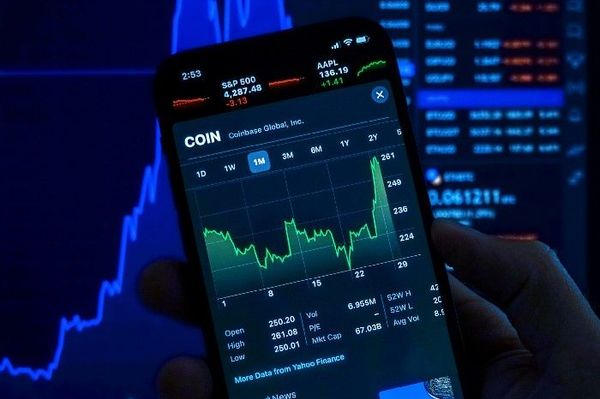 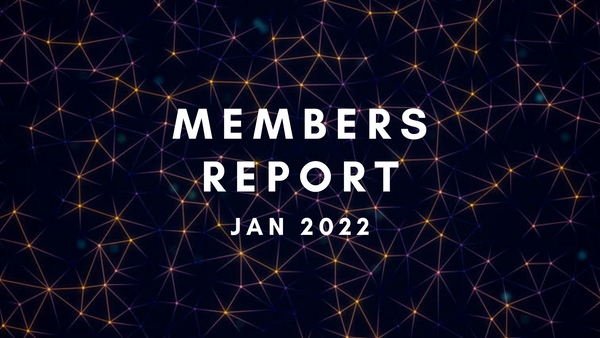 Welcome to the first member's report of 2022. A lot has happened in the cryptocurrency markets over the last few weeks and in this week's report I will provide some insight and perspective you won't likely find anywhere else.