The NFT market is at it again and this time the project making waves is Moonbirds. While this blog is primarily about Altcoins, it's hard to deny the impact NFTs are having on the market and the recent release of Moonbirds is a perfect example.

Less than two weeks ago, one of the largest (and most profitable) NFT collections was released, called Moonbirds. Moonbirds is an NFT collection of 10,000 'digital owls' and at release, raked in over $66 million on mint with the trading volume surpassing 100,000 ETH within just a few days of the launch!

If you were lucky enough to be able to mint one of these cute little owl images during the launch, you could literally flip it a week or two later and pocket nearly $80,000.

In a single trade, some individuals have made enough to buy a Lambo!

If you are wondering what Moonbirds are, the above image (#3904) is just one of the 10,000 owl images within the collection.

This particular image (#3904) is quite interesting. If we delve into the transaction history for this specific image, you will notice only seven days after mint, it was sold for 305 ETH, or about $874 million dollars.

If you are wondering why #3904 sold for so much more than the others, it has a lot to do with the rarity of the image. Each NFT is a collection of traits and the rarer these traits, the higher the value of the NFT.

Digging into the transaction history and rarity of an NFT collection can reveal very interesting data.

If you are new to the NFT space and this market has piqued your interest, I would highly recommend spending some time on OpenSea (the largest NFT marketplace) and checking out some of the more popular collections and their transactions history to better understand how traits and rarity impact the price.

While on the topic of delving into the transaction history, I came across another Moonbird sale (#2642), for an extraordinary 350 ETH, or about $1 million dollars.

Yup, this little owl image sold four days ago for over a million dollars!

Delving into the transaction history reveals some interesting data. On minting day (jeja) flipped the NFT for 100 ETH or about $286,000. Not bad for a same-day flip.

Bear in mind that #2642 is one of the highest-priced NFTs in the collection.

What makes this sale interesting is that one of the largest Metaverse projects, Sandbox Games picked it up at the 350 ETH price.

Why is the Moonbirds collection so highly-priced?

There are literally thousands of NFT collections available so what makes this collection so special? For most individuals, you are likely asking yourself how is it possible a pixeled image of an owl can fetch so much money - and that's a completely understandable question to ask.

While it's fair to dispute the value of a simple pixelated image, what makes this collection so special is the team behind the collection.

The creators behind this project are known as Proof Collective, a private members club of NFT connoisseurs.

Just like you have wine and fine art connoisseurs, there is now an elite group of people who collect and hold NFT art just as if it was fine art.

The NFT space is evolving and just as fine art was once held and kept by the rich and famous, NFTs are the new 'art craze'. These individuals are the diamond hands in the industry with an intent to hold and keep these digital art pieces as a store of digital currency.

The NFT Space is heating up...

Last month it was the team behind the Bored Ape Club NFTs, Yuga Labs, and the release of their Ape Coin, which interestingly enough has been in the green for the last month while the rest of the market has been in the red.

This month it was the release of the Moonbirds NFT collection and the phenomenally high floor value the collection achieved in a very short space of time.

Although the crypto markets have been down, the NFT market continues to grow and I would be amiss to not include this aspect of blockchain investment and opportunities within this space.

In future editions of Altcoin Investor, we will delve into new and upcoming NFT projects as well low-cap Altcoins. I hope you enjoyed this report and thanks again to all members and supporters of this blog for your patronage. 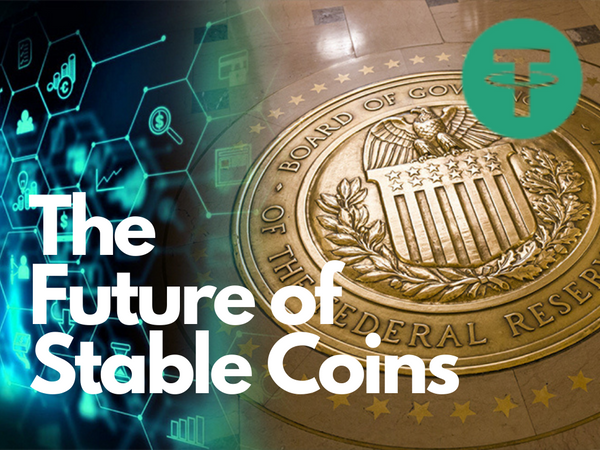 De-pegging of Terra USD (UST) and more recently the de-pegging of Tether has caused a massive drop in the market and the likely regulation of stable coins. 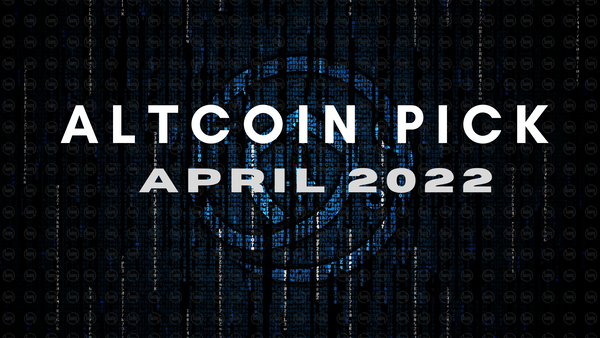 The international SWIFT payment system is being replaced by a cryptocurrency and this is the most likely candidate.