Apparently, the Chinese Communist Party believes that Bitcoin is going to zero...

A recent article by the state-run newspaper of the ruling Chinese Communist Party (CCP), Economic Daily published an article on June 22, warning investors about the risk of Bitcoin prices “heading to zero,”

According to the article:

“Bitcoin is nothing more than a string of digital codes, and its returns mainly come from buying low and selling high. (…) In the future, once investors’ confidence collapses or when sovereign countries declare bitcoin illegal, it will return to its original value, which is utterly worthless.”

It could be said this is simply a propaganda piece to install fear, uncertainty and doubt (FUD) in investors' minds. Throughout the history of Bitcoin, we have seen celebrities, hedge funds, institutional investors and various political propaganda claiming the demise of Bitcoin. There is even a website, BitcoinIsDead which publishes and tracks the thousands of times the demise of Bitcoin has been published.

You may remember a few years ago Goldman Sachs claimed that Bitcoin was only used for illicit activities and would amount to nothing.

A recent tweet by Blockworks sums up their Bitcoin journey well.

Just last month, an analyst at JPMorgan went on record arguing that Bitcoin's fair market price was around $38,000 and that cryptocurrencies are now the preferred alternative asset.

At today's price of $20k or lower, we are looking at bargain prices for Bitcoin.

As a contrarian investor, it's important to be aware of the FUD in the marketplace. This is especially true within the cryptocurrency space where FUD runs rampant. While Bitcoin is at 52-week all-time lows and in my opinion an excellent buy-in price, it may still go lower - how low can the price of bitcoin go?

How Low Can Bitcoin Go?

According to GlassNode and their Bitcoin difficulty Regression model, the cost to produce 1 Bitcoin is around $17,600.

At this price of $17,600 or lower, Bitcoin miners will simply stop mining and the supply of new Bitcoin into the market will grind to a halt.

It's certainly possible for the price of Bitcoin to go below this threshold, there is the possibility we may see Bitcoin temporarily trading in the low teens ($10k-$14k).

Even if Bitcoin does hit these low prices, it would be temporary. Miners would cease to create new Bitcoin (as it would be unprofitable) and with the organic international demand on the limited maximin supply of only 21 million Bitcoins would over time certainly increase the price.

I'm still confident within the next few years we can easily see Bitcoin valued in the six digits - which is why Bitcoin at $20k or less is such a good deal.

Bitcoin will not be going to zero. However, market FUD will try and instill doubt, fear and uncertainty. Bitcoin is the oldest cryptocurrency in the world and the most robust. Throughout its entire lifetime, bad actors have done their best to hack it without success. It's here to stay. 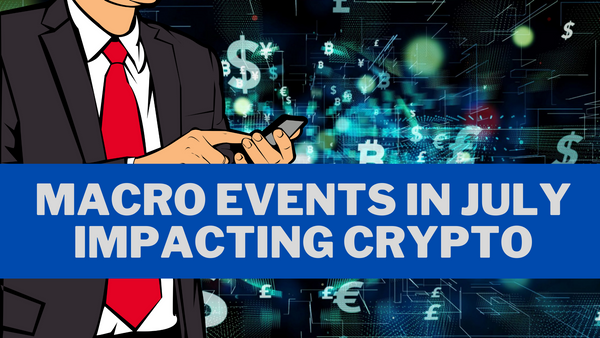 There are four significant macro events taking place this month that will have an impact on the cryptocurrency markets and more broadly, the US economy. 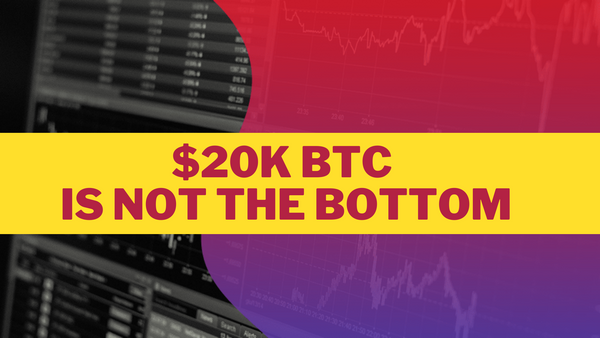 The Crypto market is overleveraged and with BTC at 52-week all-time lows, many firms are having difficulty fulfilling their margin calls and keeping solvent.