Four days ago on October 20th, Bitcoin reached its new all-time high of $66,930, continuing its upward trend over the last month.

As to be expected, upon reaching its all-time high, a retracement will follow. Currently, the price of Bitcoin is now hovering above the $60k mark.

Suspiciously, one day after Bitcoin reached its all-time high, a U.S. bitcoin futures-based Exchange Traded Fund (ETF) made its debut on the New York Stock Exchange.

For those who have been paying attention, this is suspiciously familiar to what happened back in 2017.

Looking back in time to the first major Bitcoin bull run leading up to December 15th, 2017, Bitcoin reached its all-time high of almost $20k. Shortly thereafter, the Chicago Board Options Exchange (CBOE), launched the first bitcoin futures contracts (mid-December) and as we all know, the price of Bitcoin plummeted thereafter.

So, it strikes me as more than mere coincidence when Bitcoin is again reaching its all-time high, we are now again seeing the release of another U.S. bitcoin futures exchange.

It's my contention that exchange-based ETFs are a mechanism to control the price of Bitcoin. However, this viewpoint is highly contentious and a quick google search will reveal strong opposition to this viewpoint - for obvious reasons.

The cryptocurrency market is only eleven years old and has a market capitalization of over $2.5 trillion. If there is any threat to the traditional stock market, it's cryptocurrencies and it's my contention those in charge will employ whatever mechanisms possible to mitigate unfavorable price movement.

If the past is any indication of the future, then we will likely see a significant drop in the price of BTC over the upcoming weeks. If this occurs, is it just a mere coincidence?

Well, we will soon find out.

If my contention is correct, these exchange ETFs will also need to compete with the entire nation of El Salvadorian citizens using Bitcoin in their daily transactions. If Brazil follows suit (with a population of almost half of the U.S.), this will also lead to even more strength in the price of Bitcoin.

The upcoming weeks should be quite interesting, indeed.

While this report typically focuses entirely on cryptocurrencies, there is a lot happening in the global markets and I would be remiss if I did not at least mention it.

Before moving on, it's also worth noting the debacle being manufactured by China's upcoming Evergrande crisis. Evergrande is the largest real-estate developer in China and will likely suffer a prolonged default. The significance of this event is that it will likely have international repercussions, which possibly would be the impetus for the next financial recession.  Interesting times ahead, indeed.

On a more positive note, BTC is currently trading at $60,594

OKB is up 59% over the last week. It is the utility token for OKEx, a Maltese cryptocurrency exchange.

Huobi Token is also up 38% in the last week and it is the native token for the cryptocurrency exchange Huobi Global. Do you see a pattern?

I am fond of cryptocurrency exchange tokens, especially considering the success we have seen with the Binance coin (BNB).

In some ways, similar to an exchange, THORCHain is up 48% and is a decentralized liquidity protocol that allows users to easily exchange cryptocurrency assets across a range of networks without losing full custody of their assets in the process.

Nexo (NEXO) is a lending platform that offers instant cryptocurrency-backed loans and is up 54% in the last week.

The top 4 biggest gainers this week help to illustrate a nice trend in the growth of exchanges and liquidity platforms given the increase in trading we have seen.

Our latest Altcoin pick is up +700% in just the last week with the bulk of the gains taking place over the last few days. Our paid members were notified on Thursday of our new pick for this month, just before the massive gains which took place over this weekend.

Congratulations to those who bought in on Thursday and reaped the benefits!

While I am not a big fan of massive short-term gains as I would prefer to see a more consistent growth profile, there is still a lot of room for this token to grow. Its current market price is only a fraction of a fraction of a cent and the long-term prospects for this project are immense. Currently, it is only ranked around #2900. This token can easily make it to the top 100 ranking.

An in-depth article regarding this token can be found here.

As mentioned in prior Altcoin Reports, we will be shifting our focus to Play-to-Earn gaming (including NFTs) as well as the platforms and ecosystems that support them.

We feel this niche gaming sector will offer the greatest growth potential for our investors and I may even say, be recession-proof. With over 3.24 billion online gamers and Play-to-Earn gaming offering these individuals an opportunity to play games and potentially earn significant income, this niche gaming sector will only continue to grow in size.

Membership has its Rewards

This site is supported entirely by its members. If you enjoyed this report and would like to support this site and the information we publish, consider joining our private membership.

For the price of a few cups of coffee a month, you will help support more in-depth research, analysis as well as get exclusive access to our Altcoin pick(s) for the month.

Thanks to all our subscribers and members. Your support is greatly appreciated!

Until next week, trade strong and be legendary.

This week's Altcoin report does not include the top small, mico, and nano-cap movers. As we focus our attention on the crypto-gaming sector these sections may be excluded in future reports. If you found value in the summary of these cap levels and would like to see these sections included in future reports, let us know at hello@altcoininvestor.com. 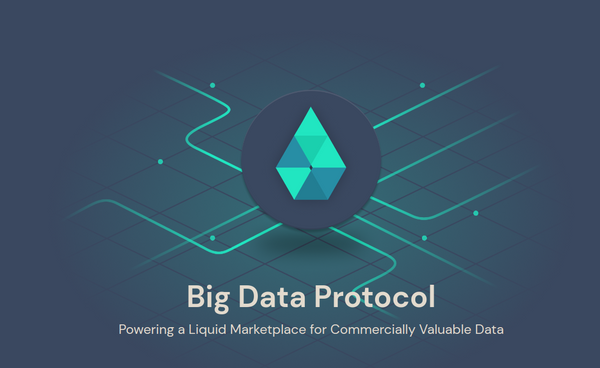